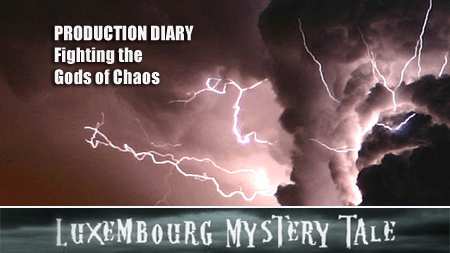 We are now on the 7th weekend of shooting LMT. The actors start playing the same exterior scene for the fifth time and this time we all feel that this is going to be the right one. The lights are well set, the actors are getting really comfortable with their text, the air is coming from the right direction to gently move the smoke of the smoke machine behind the actors. Yes, this is going to be the last take for this shot. The actors have almost finished their line… when suddenly all the lights go out! Since we are shooting out in the free in the middle of the night, it takes some time to even find the flashlights. A team member finally grabs one of the flashlights and runs to the electricity generator which is standing 50 meters away. After what seems an eternity spent in the light of our flashlights, he’s finally back “I think the generator is broken!”. “No way” answers another team member and runs off to the generator with the first guy. Ten minutes later, they are both back and agree “It’s broken”. Great! It’s 3 a.m., the night is freezing cold, the actors and the team are exhausted and now our only electricity source is gone. That means sending the actors home, packing in all the material in the sole lights of our cars and flashlights, starting to re-plan the production schedule and thinking of a way to lay our hands on a new electricity generator for the next day.

Everybody who has ever shot a movie guerrilla-style has a least once experienced a moment where everything seems to go wrong, silently wondering: “Why the hell are we doing this?”. Well the answer is plain and simple: “Because we love it!”. And it takes a lot of love, passion and idealism to shoot a movie guerrilla-style when the gods of chaos seem to have united with the gods of rain to ruin your film project.

Next day we decided to stick with the original production plan and to re-shoot the scene that was ruined last night by the power failure next weekend together with the scenes that we couldn’t finish that same night. And this time we seem to be lucky because all the actors can make it next weekend and we could even lay our hands on a brand new generator for a real bargain price. Check point will be next Friday at 6 p.m. to set up everything for the night shot.

8th weekend of shooting LMT. 6 p.m. The team is back on the same exterior location to re-shoot the missing scenes. Nobody dares to step out of the car because it’s raining cats and dogs and clearly there’s no way we are going to shoot the remaining scenes out in the free in this weather. And we are certainly not going to start the day’s shooting with a nice barbecue like we planned to. But since everybody’s here and everybody’s hungry, we decide to make the best of it and … go for dinner to the next Italian restaurant. Two hours (and some drinks) later the rain has stopped and we decide to go back to the set to try to shoot the scenes. This time the gods of chaos seem to have forgotten about us… we shoot till sunrise and in the end – even though we can barely keep our eyes open – we are happy with the footage we managed to shoot.

And upon checking the shots, all the problems and bad luck from the past days are soon forgotten. Here’s one of the shots we managed to shoot during the weekend of chaos. We hope you’ll like it.

(No, we are not working on a new Disney production, we just felt like watching something beautiful after all the chaos, dirt and cold of the night shooting) 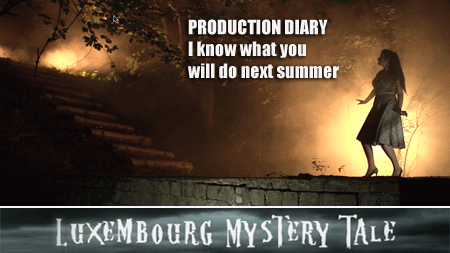 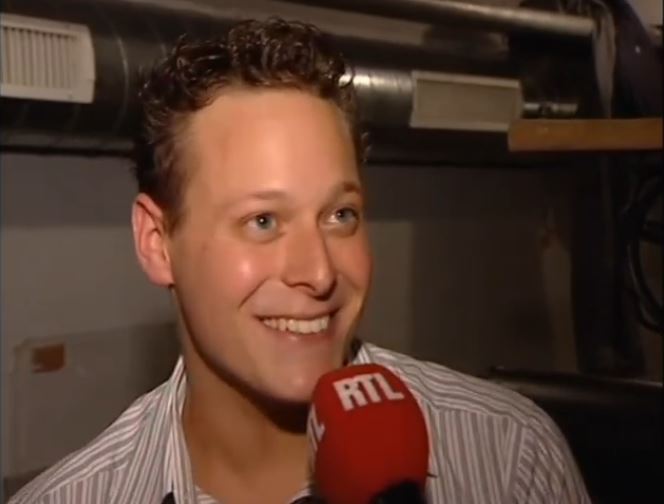 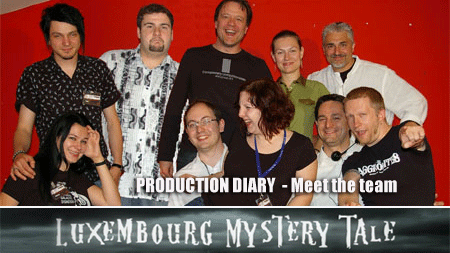